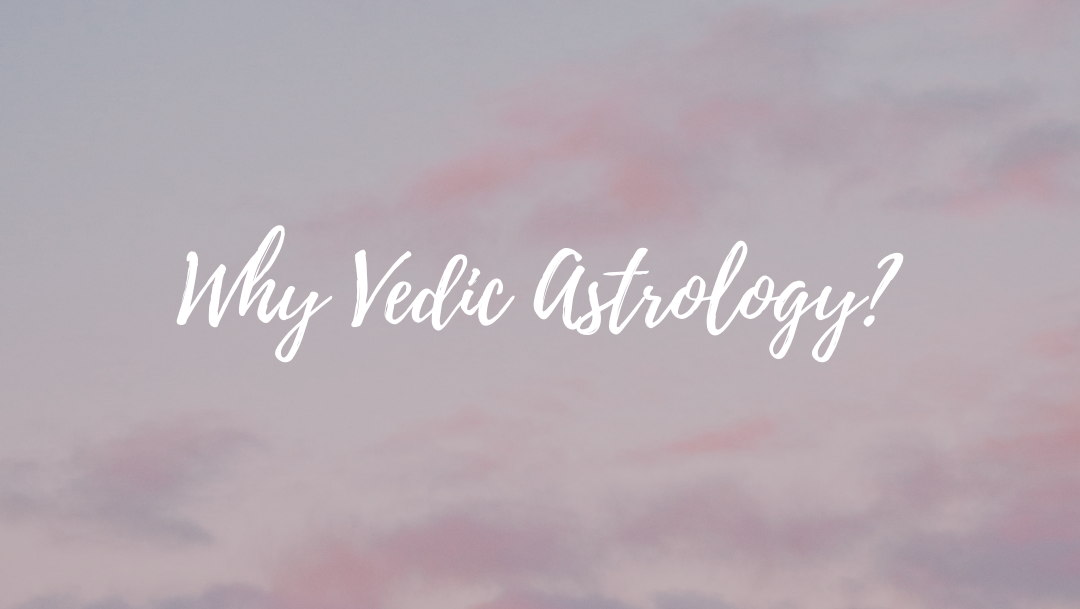 Vedic Astrology is the thousands of years old science of observing the Sun, Moon and all the other planets’ movements in relation to the fixed stars of the zodiac. The planets’ positions in relation to the earth against the earth against the backdrop of fixed stars is the basis for the sidereal system of astrology. This is unlike the tropical (solar) zodiac, which is our solar calendar, that is tied to the equinoxes, set to the point when Sun enters the sign of Aries on the spring equinox. However, due to the precession of the equinoxes, the point in time when the Sun moves into Aries is no longer aligned with the spring equinox.

What does this mean? Well, I’m no astronomer, but my understanding of it is that the tropical zodiac was initially aligned so that the first sign, Aries, matched the vernal (spring) equinox, while the sidereal system adjusts for the precession. The equinox and the first degree of Aries no longer align when observing the sidereal zodiac. This is due to the phenomena of this precession which has resulted in a shift of one degree every 72 years, which may not sound like a big deal, but at present there’s a difference of 23 degrees between tropical and sidereal Aries. When you say ‘the Moon is in Aries’, it’s visible in the sign of Aries in the sidereal zodiac. Just as the equinoxes are pin points for the tropical zodiac, the fixed signs were originally the foundation of the sidereal system. They are both ‘right’, but in different ways… Or rather, should be used for different things.

I chose Vedic Astrology and use the sidereal system because that resonated well with me and because I found it made the most accurate predictions for me and my clients. If you have a western birth chart, the positions I mention might have to be adjusted accordingly, although sometimes – as is the case for my partner who has the Sun in the sign of Gemini both ‘sidereally’ and ‘tropically’ – they may coincide if the degree span of 23° happen to fall within the same sign, which is 30 degrees. However, the exact position is still necessary to get the right Nakshatra (lunar mansion) and Navamsa chart (relates to your partner) and so on… I hope this all made some sense! Also, this is my understanding of it, any errors are my own!

Connect with me on Instagram for more astrology and transits updates 🌙

To find out more about the applications of Vedic Astrology and how it can benefit you, visit this page!